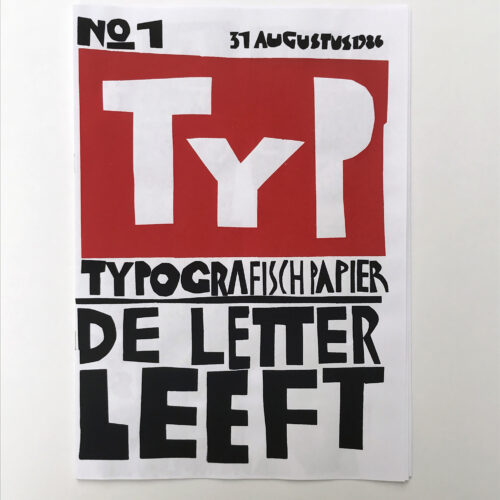 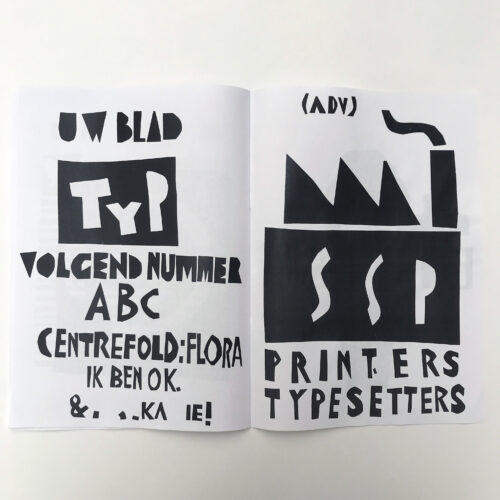 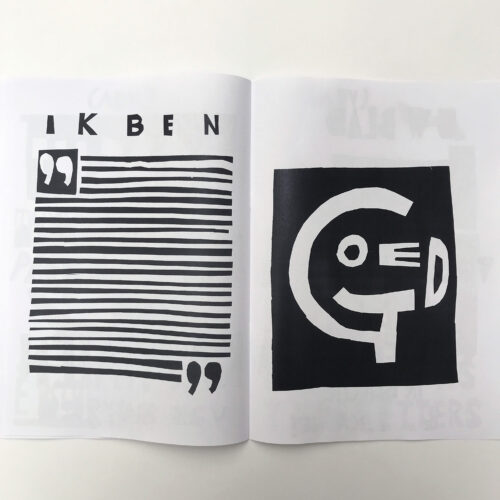 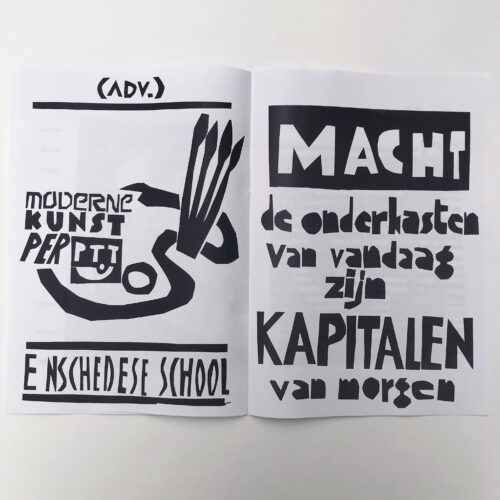 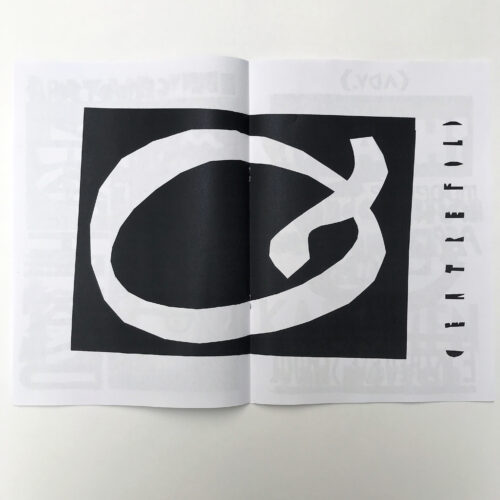 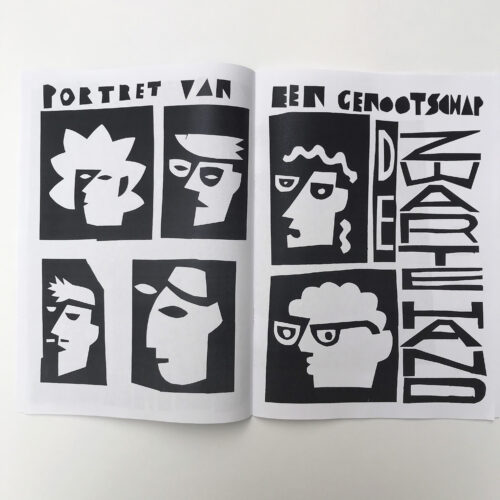 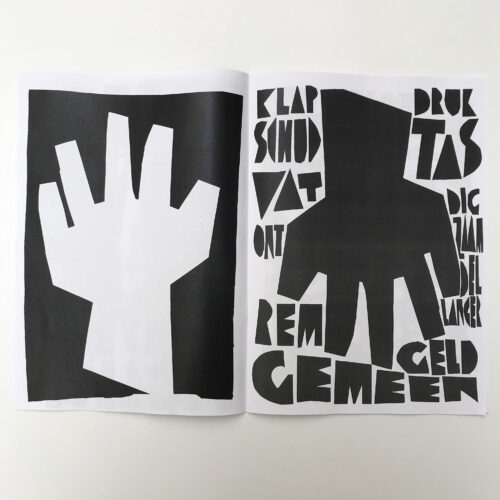 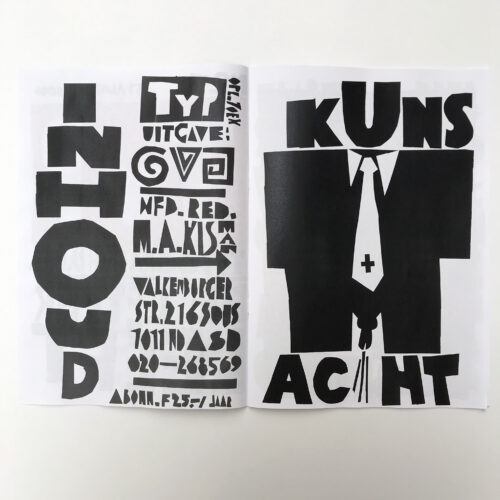 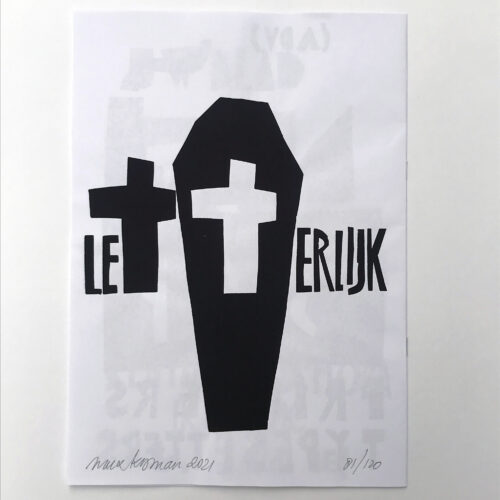 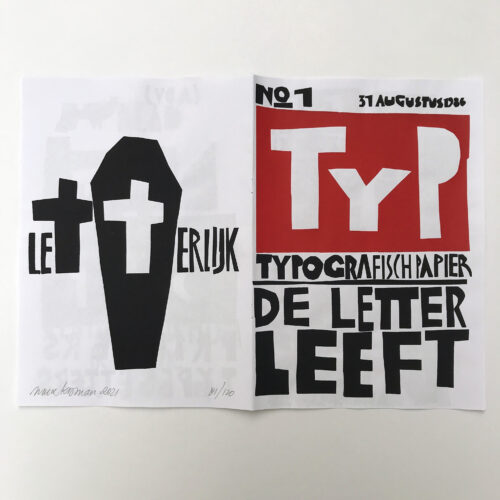 Own a piece of innovating graphic design, typography and illustration by Max Kisman with this 2021 reprint of the 1986 first issue of TYP/Typografisch Papier. Produced exactly as the original 1986 issue.

Typ/Typographic Paper is initiated by Kisman on an obscure, but vibrating birthday party of Mertens and Dietvorst on a hot and sweaty August night in 1986.

Kisman declared war to the current state of design, typography and taste of the Dutch aesthetic elite in a strong and hartwarming speech.
By smashing a milk bottle with the zero issue of TYP against the edge of the chimney in the lounge, TYP was born. Soon the official TYP was formed by editors Jan Dietvorst, Henk Groenendijk, Max Kisman, Kees Maas and Peter Mertens. A while later Atte Jongstra joined.
The following years the group produced a number of publications on the broad field of design, typography, art, visuals and literature. As the slogan says: TYP informs and opiniates about the image in design, art and literature. For TYP, its design or representative form is of no importance. TYP looks sober and simple, not designed and accessible. The quality of content is its identity.

TYP takes a special place in the debate on good taste in design and typography and is appreciated for its platform function. TYP is a voluntary activity and is supported by a large number of creative minds and sponsors in the field of the graphic industry. Between 1986 and 1990 TYP officially published 6 regular issues: #A -#E (always in a limited edition of 500 copies), 2 secret (summer, winter) issues and 1 special ‘Fax of Live’ issue.
After a difference of opinions, TYP #E a card bard box with individual contributions of the editors, was the ‘Let it be’ publication of the group.
In the following years the only activities were taken for the Small Publishers Fair, every december in Paradiso, Amsterdam. This resulted in the ‘Fax TYP’ issue, ‘Tape TYP’ issue and ‘TYP goes for the crowd’ issue. In the summer of 1992, TYP published one week, every day a daily newspaper.
Especially these days, while useless information and bad taste in design and visuals is pouring out of our screens, TYP seems to be more nessecary than ever before.